In the name of Allah, the Most Beneficent, the Most Merciful.

All praise belongs to Allah, and may prayers and peace be upon Allah’s Messenger, his family, his Companions, and those that followed.

The Eid prayer is one of the obvious symbols of Islam. The scholars’ rulings on it vary, deeming it a communal obligation, an individual obligation, or at least a highly stressed sunnah.
Because that which is easy is not voided due to difficulty, so long as it is possible, even in the most stringent of circumstances, it should not be neglected.

Similar to the Jumu’ah (Friday) prayer, which is performed within its permitted framework, even if only by the masjid administration, so too should the Eid prayer be performed. The issue of performing the Eid prayer at home for those who missed it in the congregation is rather lenient.

While the khutbah is a condition of validity for Jumu’ah, it is a recommendation (not mandatory) for both Eids. This is supported by the narration of ʿAbdullāh b. al-Sa’ib who said, “I attended the Eid with Allah’s Messenger (peace be upon him), and he said, ‘We are going to deliver a sermon, so whoever wants to sit for the sermon should sit, and whoever wants to leave should leave’.” Therefore, neither the khutbah nor listening to it is a requirement of the Eid prayer.

Though the Friday prayer should be primarily performed in the masjid, the Eid prayer is primarily performed outdoors, in an open space outside of the masjid. Because of that, the majority of the jurists, with the exception of the Hanafis, have declared it permissible to perform it at home for whoever missed it in the congregation. It has been narrated on the authority of Anas (may Allah be pleased with him) that if he missed the Eid prayer with the imam, he would gather his family and servants, and ʿAbdullāh b. Abi Utbah would lead them in two rak’at, making takbir.

Al-Muzani related from al-Shāfi’i (may Allah have mercy on him) in Mukhtasar al-Umm, that “the individual should pray both Eids in their home, and so should the traveler, the bondservant, and the woman.”

According to the Malikis, al-Khurashy, a Maliki jurist, said, “It is recommended for whoever misses the Eid prayer with the imam to pray it. Should that be done in a congregation or alone? There are two opinions” (summarized from Sharh al-Khurashi, 2/104). Al-Mardawi, a Hanbali jurist, said in al-Insaf, “If they miss the prayer (meaning Eid) it is recommended to make it up in the manner it is normally prayed (just as the imam prays it).”

The fatwa of the Permanent Committee in Saudi Arabia is based on this.

There is also nothing wrong with listening to a sermon on TV, online, and so on, after performing the Eid prayer at home, either alone or in a private congregation, as a general reminder; because general reminders are permitted regardless of the time or setting.

And Allah the Exalted knows best. 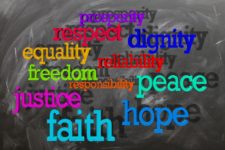 Islam is against all forms of racism, bigotry, and injustice. We learn this both from the words of Allah mentioned in the Quran and in the messages of the Prophet Muhammad (peace and blessings of Allah be upon him). The following are some of those messages. Quran Verses on Injustice … Continue reading

Congratulations to the graduating class of 2020. We are so proud of all your accomplishments. You have made your family and the AIMOM Family Proud. We ask Allah to continue showering His blessing on you all…. Gafar Amuda College: University of St. Thomas – Minnesota Major: Computer Science Minor: Applied … Continue reading 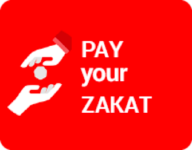 As-Salaam Alaikum Warahmatullahi Wabarakatuh May Allah Subhanahu Wa Ta’ala accept our prayers and fasting, forgive our shorting comings and grant us all goodness in this life and the hereafter, Ameen. Please remember to pay your Zakat-ul-Fitr of $10 per person plus ($2 Paypal service fee optional) for each person you … Continue reading

Introduction Zakat is one of the pillars of the Islamic faith. It means you donate some of your personal wealth to those in need. Zakat purifies your spirit and brings you closer to Allah, or God. Learn how to calculate your personal zakat so you can fulfill your spiritual duties. … Continue reading

Ever felt like you’re having an Iman dip? That after being a very active, productive Muslim – praying on time, reading Qur’an frequently, always looking forward to doing good deeds – you are becoming lazy and that your enthusiasm to perform the same way is fading? I’ve felt like that … Continue reading